I’m currently working on a new personal work, inspired on this quick work I did a week ago: 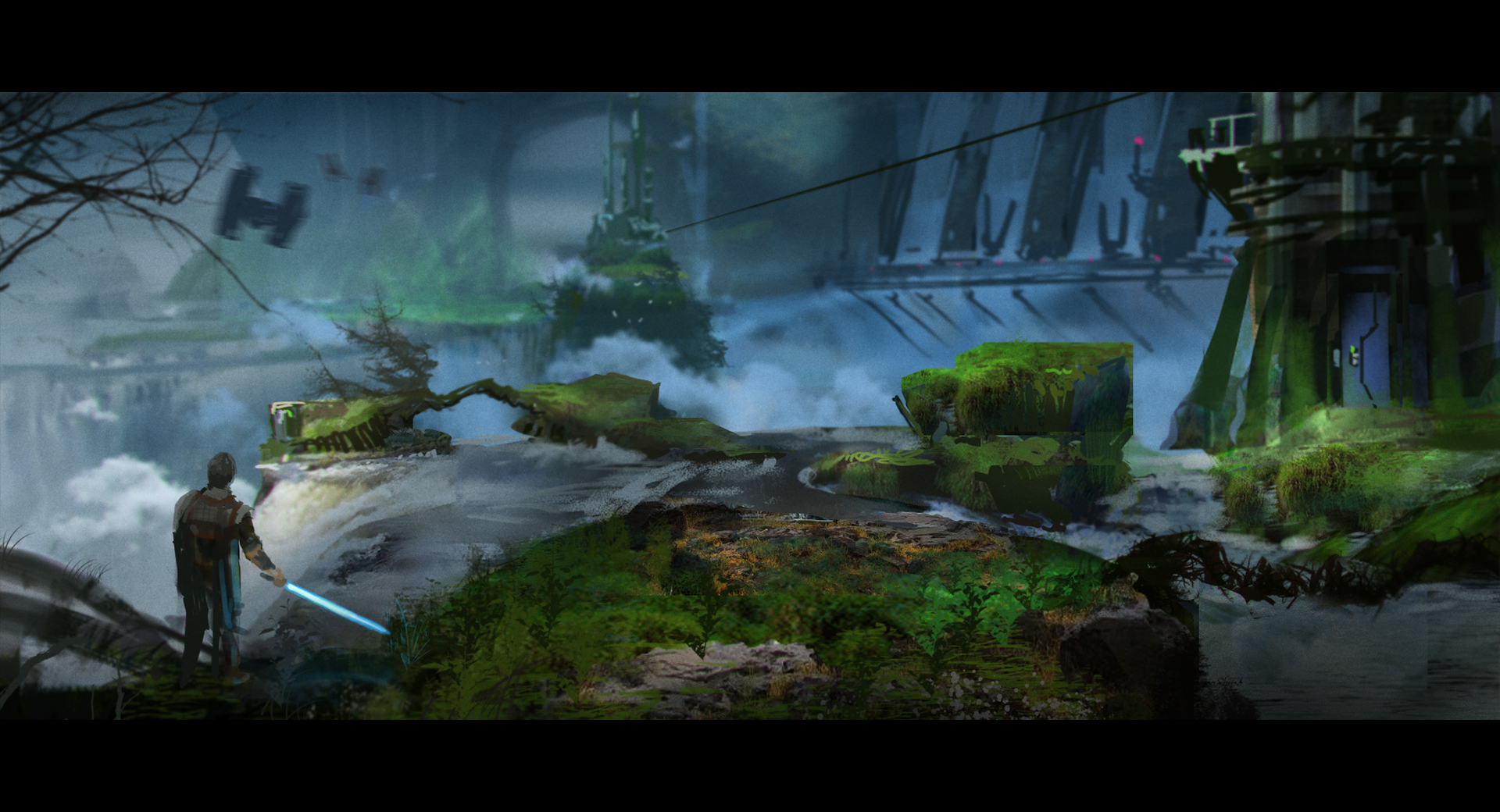 After playing the Star Wars Jedi: Fallen Order created by Respawn Entertainment, I felt the urge to create an environment piece. I knew I wanted to do something with water and flowers(!) (that’s a whole other story) but eventually settled with large boulders in a waterfall environment. In the background, you can see an Imperial Base constructed against a cliff. This where the idea originated for the current project.

Imperial Base with Flight Deck

The idea is to have an Imperial base constructed against the cliff so they can control the flow of water (much like a water dam would look like). There are bays that can be opened and closed to grant access to the ships to land/depart/be repaired. In order to do so, it is best to shut down the flow of water.

I went with some quick sketching first and I’m at the point of blocking everything out in 3d: 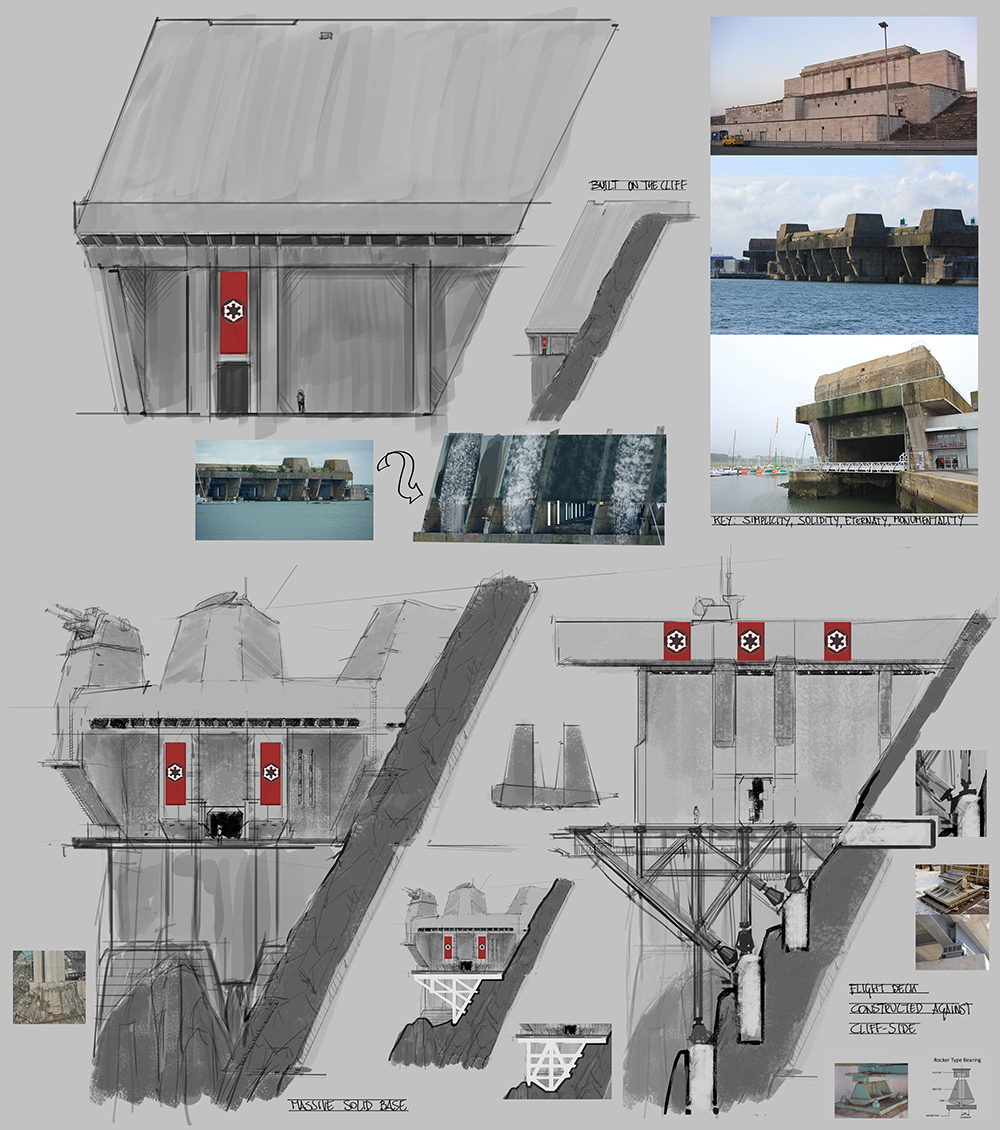 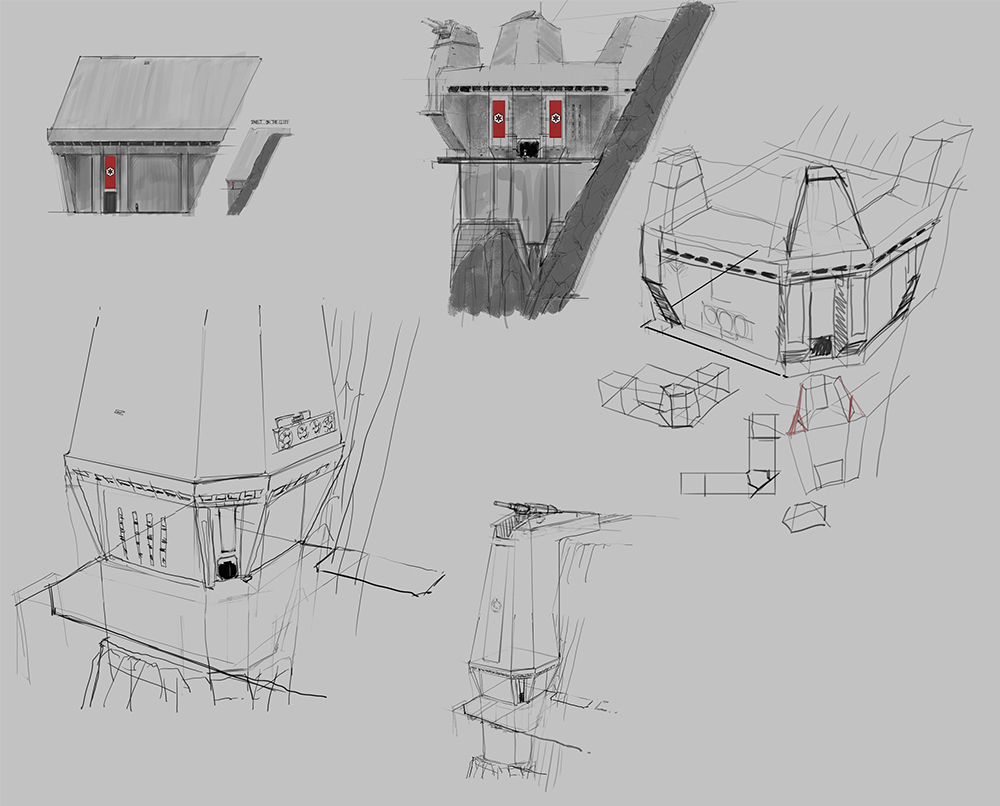 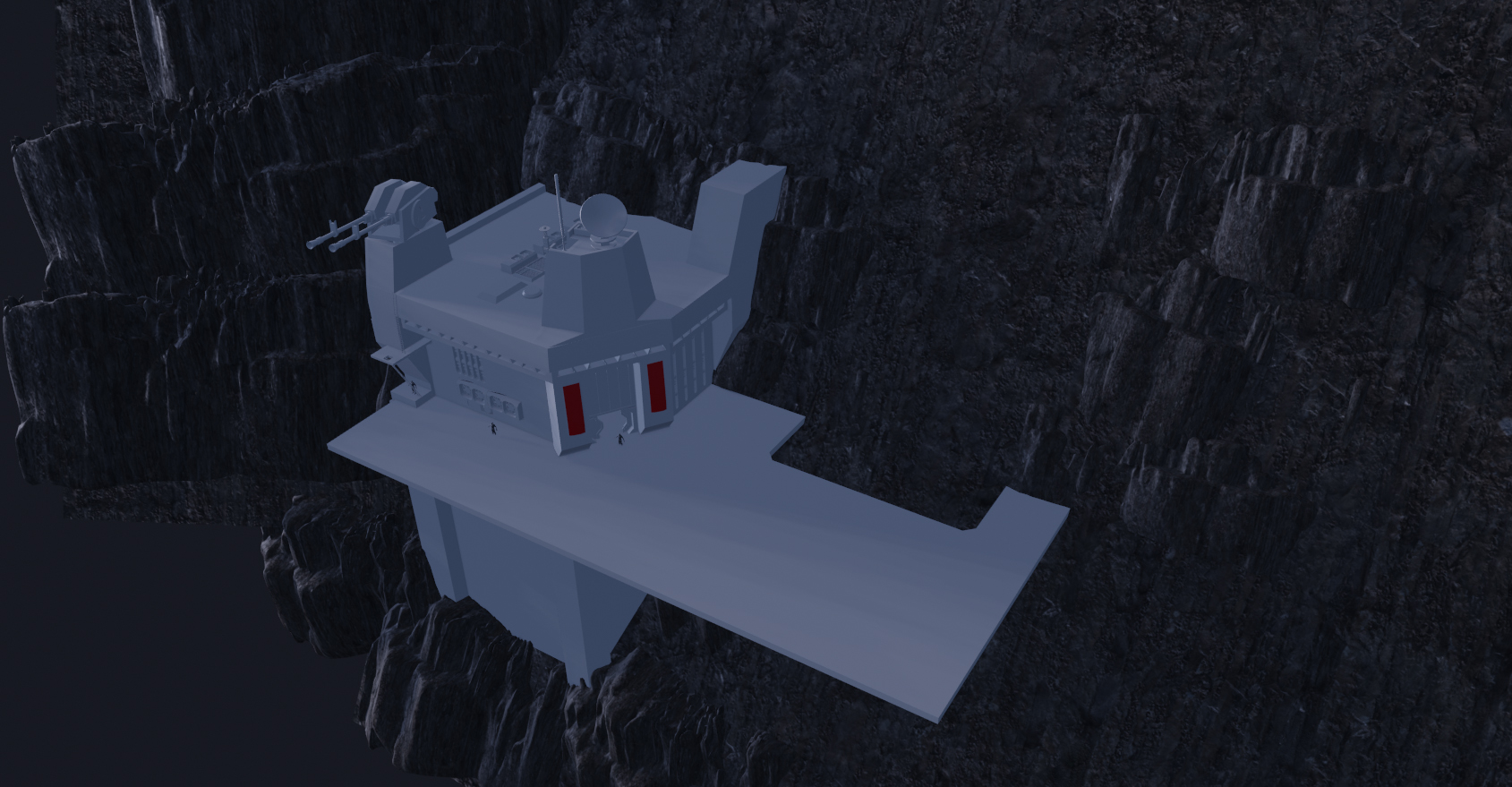 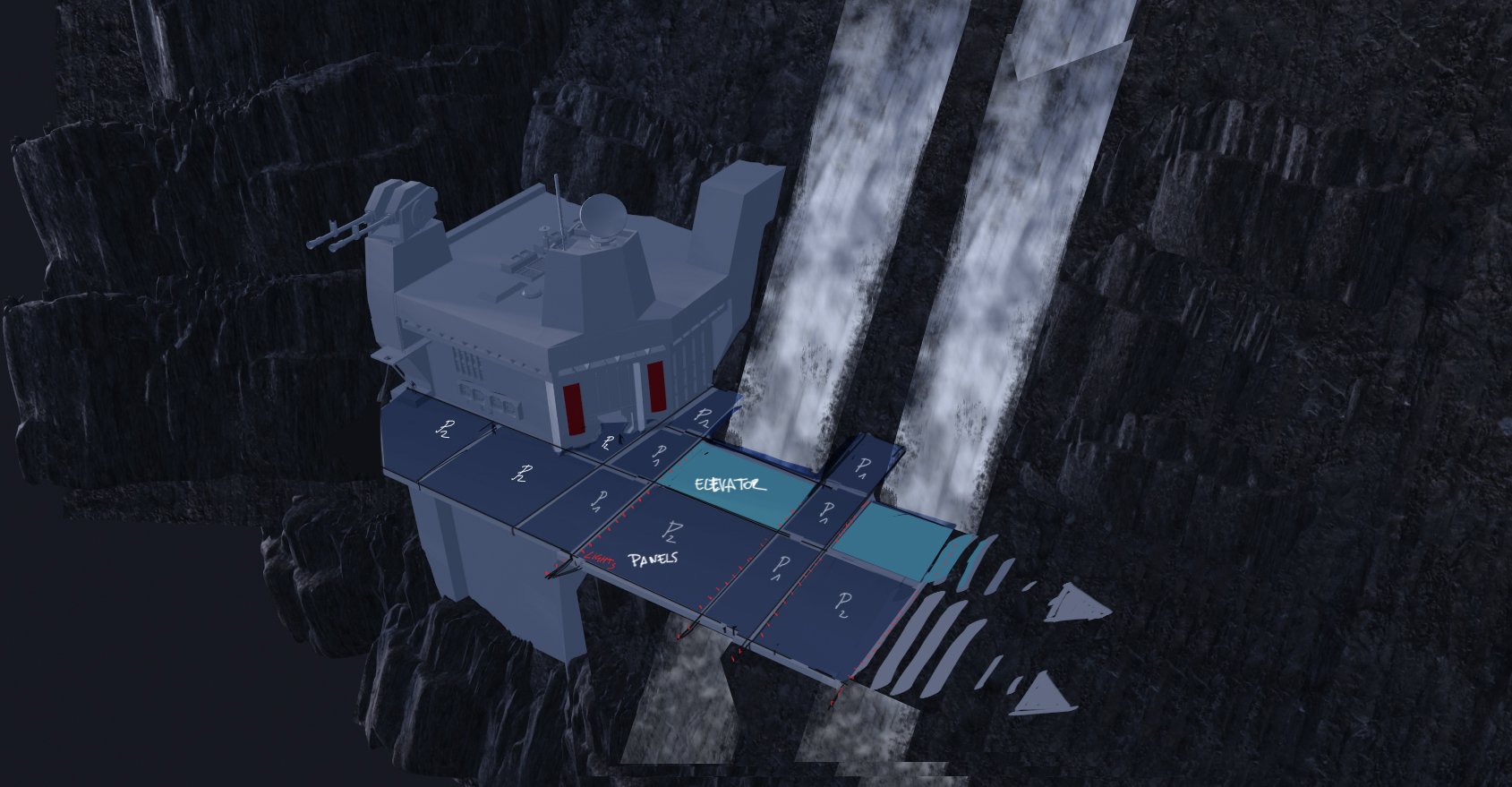 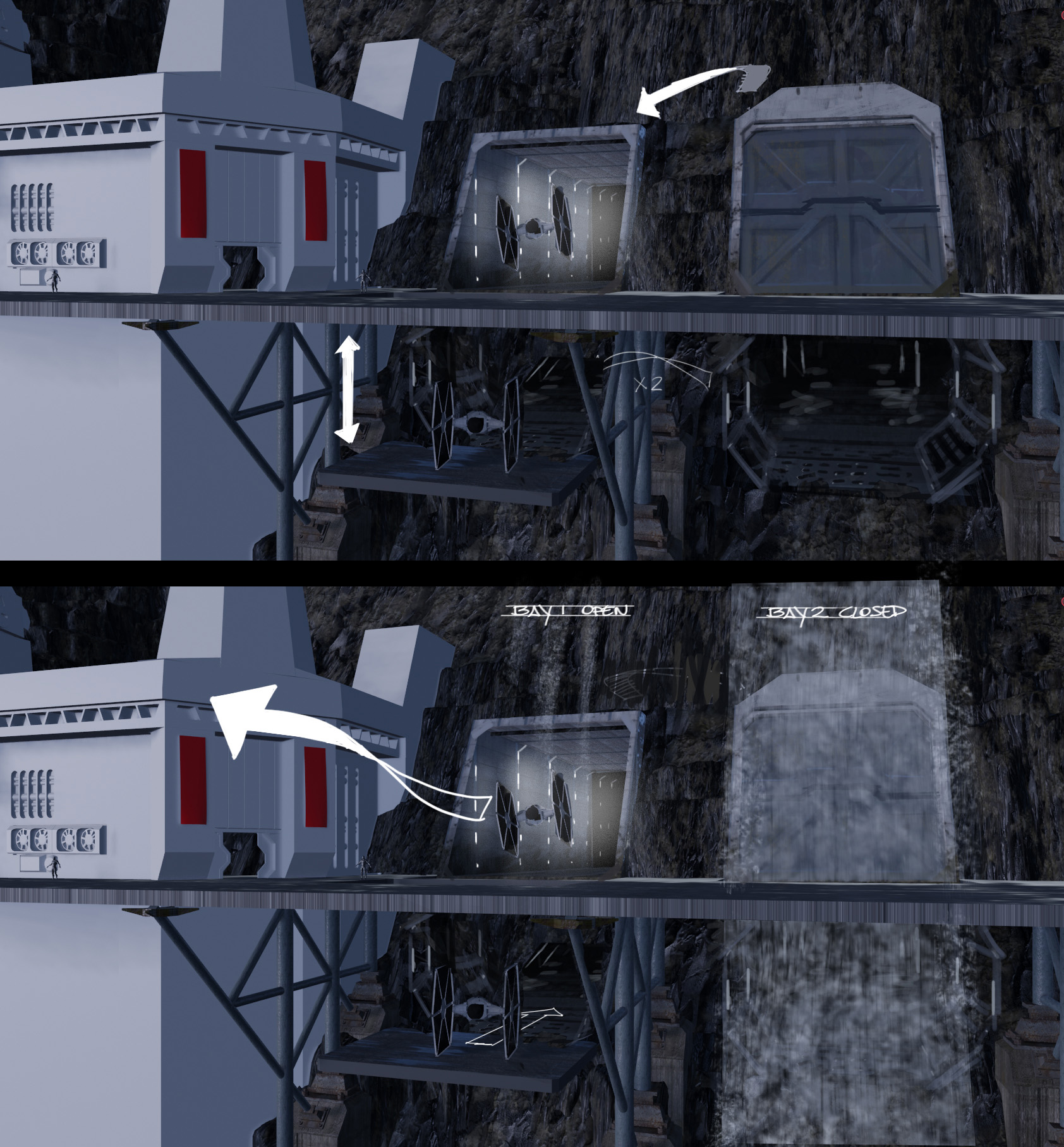 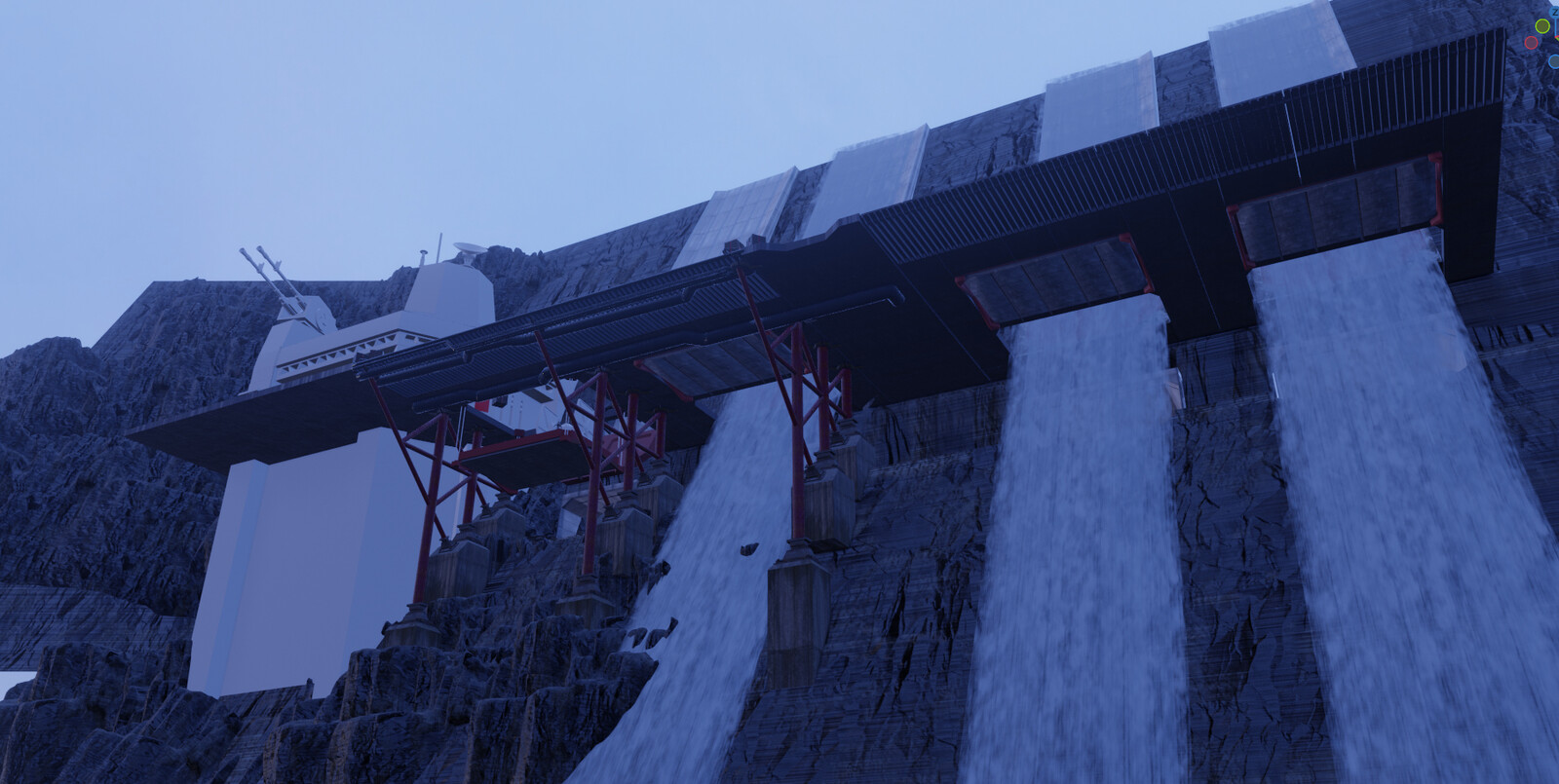