It has been quite for some time now, but that didn’t mean I was doing nothing! Recently, for about a month now, I focussed on my drawing skills again.
Not only to get more confident drawing with pen and pencil on paper, but also to build and expand my visual library. I realized it is just too small. One of my major weaknesses are figures and mechanical objects. I started with the later.

How to get better at drawing

I decided to treat myself and bought me an A4 Moleskine sketchbook. A welcome change after drawing on cheap A4 sketchbooks for some years now. I also bought myself a new pencil (Caran d’Ache Fixpencil).
I wanted to make sure I would get the most out of the practice of drawing so I decided to do the following each day:

I made a promise to myself that the sketches I draw in this sketchbook should be referenced as much as possible. Every five to seven pages I stroke the borders of my sketchbook with a red marker. That is where I can test myself by drawing from imagination only. That way I can check what I remembered and what I lost or should focus on next time in my studies. 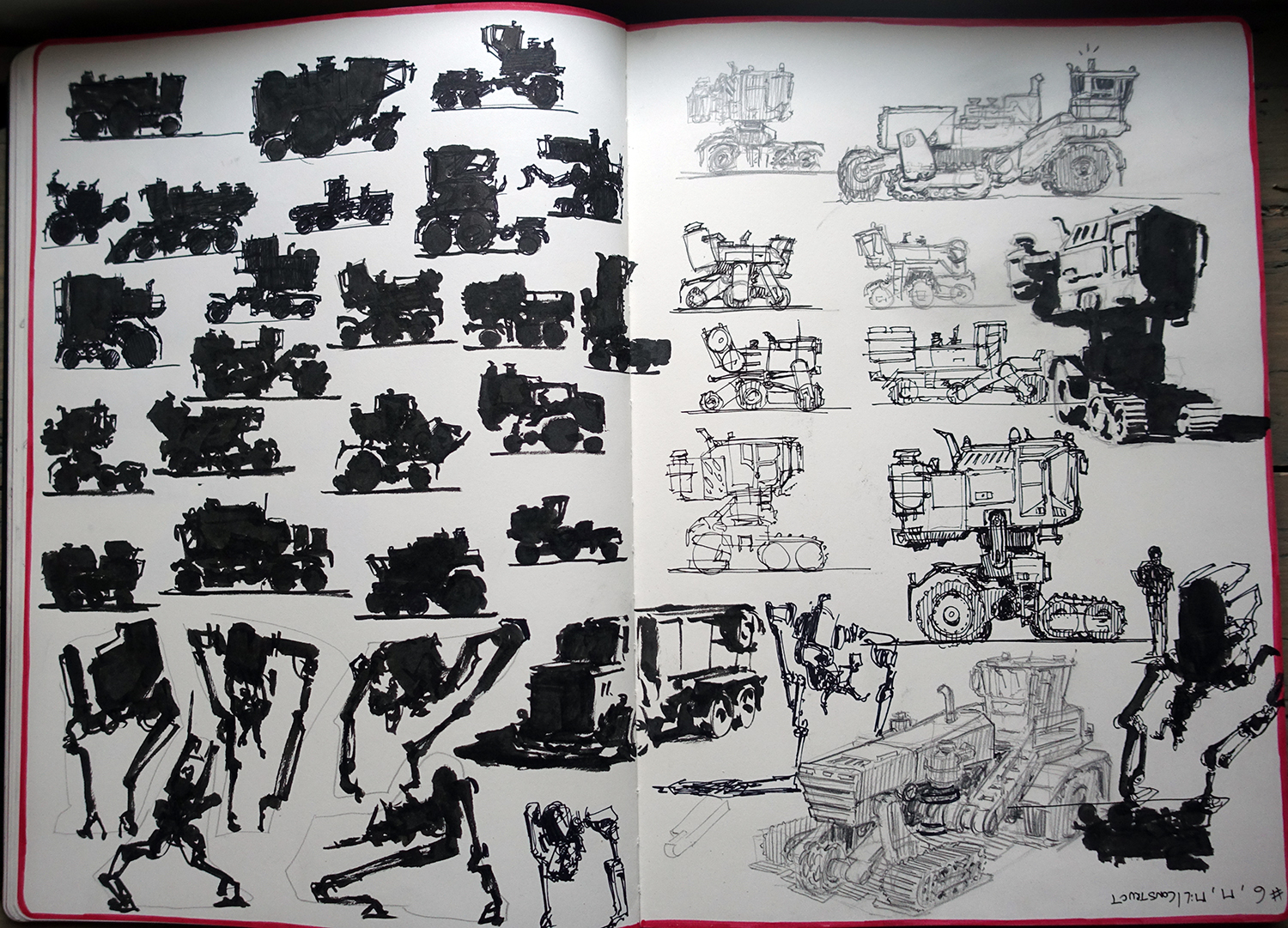 Personally I think that is the best way to practice and improve your drawing skills. Often times I like to compare it with learning a new language. The only way to learn the vocabulary is by studying and interrogating yourself regularly. In other words; study, interrogate, fix, repeat.