Here is my latest update on what I’ve been working on:

Recently, I got the M1151 Enhanced Armament Carrier (improved version of the standard Humvee) as a gift. I asked it in particular to get to know the mechanics and functions better of vehicles in general. It’s not only fun to construct one, but at the same time I find it a great way to build my Visual Library.

I didn’t get super far yet, but I was already able to use the same suspension system of the M1151 on the vehicle I designed last week.
Speaking of it, I worked further on the key illustration piece. After a couple of hours working on it, I decided to show the moment where the driver is surprised by overflying Pterosaurs. In the background there’re giant trees with saps dripping out of them. That area is the driver’s destination and in my mind, I already see my next illustration taking place somewhere there with soldiers gathering the saps while being attacked by Pterosaurs!

Anyway, below you can find the current status of the illustration. Thanks to the feedback I’ve got, I’ll try to finish this piece in the upcoming week:

For another small project I’m currently working on, I constructed a 3d sketch with Blender’s Grease Pencil. Having that sketch, it allowed me to shoot different angles and draw on top of it in Photoshop:

Other than that, I wasn’t able to draw everyday this week. I still wanted to share most of the sketches I did last week (I have an unfinished page which will be featured next week): 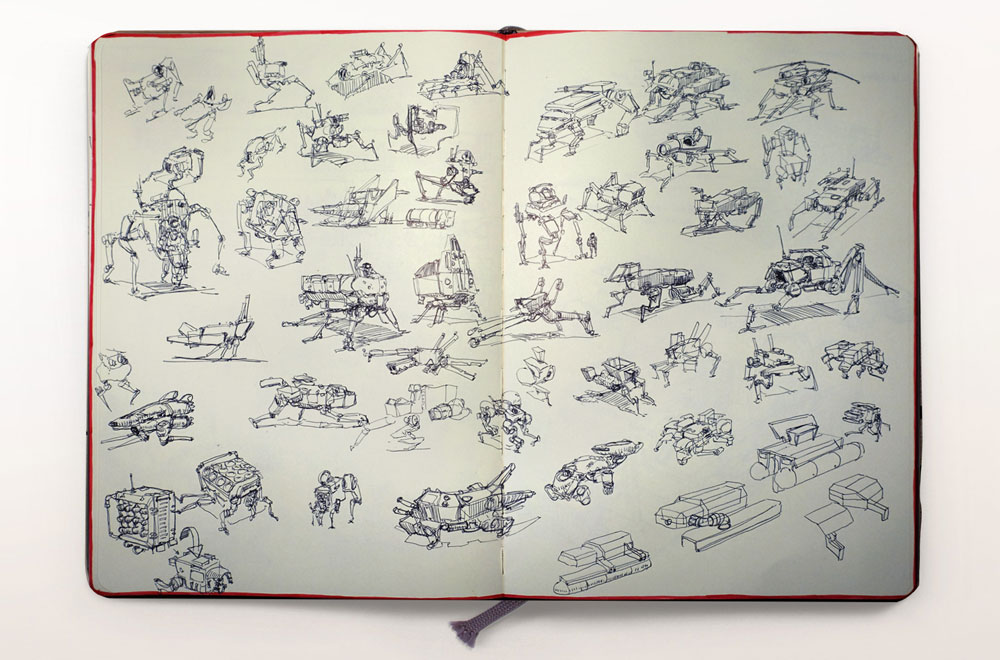 I hope this might inspire you to start drawing more as well.
Have fun!